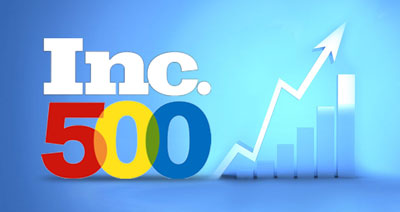 Microvalue transfer innovator is ranked in the top 100 companies

Berwyn, PA  September 4, 2014 — Prepay Nation, a leading provider of cross-border micro value and prepaid mobile airtime transfers, is thrilled to announce that the company has been named to Inc. magazine’s annual Inc. 500 list, an exclusive ranking of the nation’s fastest-growing companies. The company ranks #97 overall and #10 in the Financial Services category. Prepay Nation stands alongside such market disrupters as Lending Tree, GoPro, Hubspot and Fuhu.

To be included in the 2014 Inc. 500 list, companies had to have grown more than 942% from the start of 2011. Prepay Nation is honored this year based on its meteoric 3,637% growth over the last 3 years. Past honorees include Intuit, Zappos, Microsoft, Jamba Juice, Timberland, Pandora, Oracle, and other industry leaders, many of whom have since gone public.

Prepay Nation enables mobile airtime transactions across international boundaries on a real time basis. It is a P2P service that is primarily used by immigrants to extend financial support to their friends and family back home. Prepay Nation utilizes prepaid mobile phone infrastructure around the globe to provide its service, which is free to both sender and recipient, and is complementary to the traditional money remittance market, estimated at approximately $500 billion per annum.

“Prepay Nation was built on the fact that the current marketplace does not provide any cost-efficient option to support friends and family across international boundaries with small-value products,” said Anurag Jain, CEO of Prepay Nation. “Our tremendous growth is a validation of the opportunity that exists, along with our ability to offer a unique solution to migrant workers.”

“We are proud and humbled by this honor,” said Ajay Goyal, CTO and Co-Founder of Prepay Nation. “It not only recognizes efforts on our part, but also the value of the service we provide enabling no-fee cross-border productized remittances.”

“Prepay Nation is a remarkable organization, and this recognition comes as no surprise to anyone who has been involved in their amazing growth over the past few years,” commented Carol Realini, payments innovator and Board Member at Prepay Nation. “The team has real vision, and an outstanding roster of talent for making it a reality. They’re bringing substantial value to each of their partners, and I have no doubt they will garner increasing recognition from Inc. and others moving forward.”