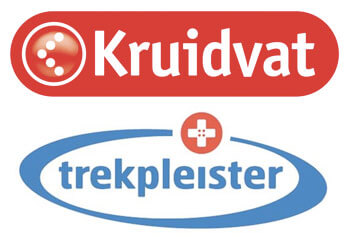 Berwyn, PA September 17, 2013 — Prepay Nation, a leading provider of cross-border prepaid mobile airtime transfers, and their partner in the Netherlands, HAY United have launched international mobile top-up via Kruidvat and Trekpleister drugstores across the country.

For the initial launch of the distribution partnership, Prepay Nation is offering instant prepaid airtime refills for Digicel and Telesur phones in Suriname, allowing the estimated 350,000 Suriname expatriates living in The Netherlands the opportunity to top-up the phones of their loved ones back home. Customers can buy 10EUR or 25EUR vouchers in any Kruidvat or Trekpleister store, and use them to send that value home in the form of airtime.

As an added bonus exclusively for Digicel subscribers, during the initial launch period the recipients in Surinam will receive double the voucher amount purchased by customers in the Netherlands; a limited number of customers will also receive a free gift.

The two national drugstore chains have a combined footprint of 930 locations, and are prime shopping spots for members of the Surinamese diaspora. The selection of targeted IMTU offerings available in-store will be broadened over time, bringing steadily increasing value to the entire distribution chain, from carrier through customer.

Hans Lute, CEO of Digicel in Surinam, called the launch an excellent opportunity. “Bringing international mobile top-ups to some of the most convenient and popular locations in the Netherlands is a fantastic chance, not only to broaden our distribution, but also to connect the residents of Suriname to one of the largest Surinamese expatriate populations in the world,” Lute said. “Our goal at Digicel is to keep people connected, and we’re thrilled to be doing that here with Prepay Nation and Kruidvat.”

“This is just the beginning of a strong partnership,” said Remco Nederpel, CEO of HAY United. “This distribution agreement has the potential to grow dramatically in scale, offering top-ups from a wide variety of international mobile brands to every diaspora in the Netherlands. We are pleased to start on this journey with Kruidvat and Trekpleister, and are excited to see it grow.”