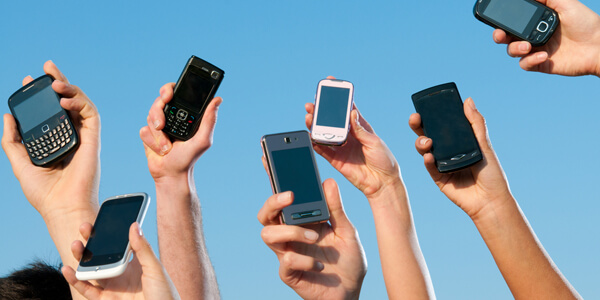 This article was written in 2012 by Prepay Nation Board Member, Carol Realini.

This is such a great time in the history of technology. So many things are changing for the better – and we have only just begun to experience it.

Today there are 6.4 billion wireless connections in the world reaching 85% of the total population of 7 billion people. 2.27 billion people have access to the internet, and this is increasing rapidly with the proliferation of smart phones in the developing world. Technology has never reached or impacted as many people as it does today. And this is changing everything – the way we interact, shop, learn, bank, heal, stay healthy, entertain, and live.

What is also amazing is here at home in the United States, the underserved are adopting smart phones and mobile banking at a faster rate than the general population.

And yet one of the most important money services for many people is sending money home to family and friends. Globally, international money transfers by immigrants is forecasted to reach an all time high of $399B in 2012 according to the World Bank – and it will grow 17% a year after that. Latin American & Caribbean migrants make 250M money transfers to home countries.

In Kenya with domestic money transfer, mobile changed everything. Now in the US, mobile is quietly changing how people support their loved ones at home. Some things are staying the same – they are still sending monthly support to one family member – that is the 250M money transfers in the Americans – and also many millions of money transfers go to India, Philippines and China (and other countries).

What is quietly changing is small value transfers are increasing dramatically. In addition to sending money once a month to one family member, now people are sending small amounts – in the form of mobile phone minutes – to multiple family members and friends.

International “top up” of mobile phones isn’t really replacing money transfers, it is adding a new dimension to support the people back home.

Immigrant previously went to a store tp buy international phone cards to get low cost calling time so they can call home. Now instead they top up their own phones for their outgoing calls, but also top up the phones of the people that need to call them – Mom, Dad, siblings, spouses, girl and boy friends. A nice gift and a nice way for people to stay close to loved ones.

And because it is not regulated like money transfer, the administration is simpler and the cost is less. So now someone who use to send $300 home to Mexico once a month is, in addition, doing up to three top ups during the month to mobile phones of their loved ones.

Turns out it is hard work behind the scenes because there are many mobile carriers around the world, and companies doing this need to integrate with each one so they can provide top ups to billions of phones. In addition, since a lot of  people who send money home, are cash preferred – there is also a need to have relationships with many retailers so people can purchase with cash at a store near them.  Companies like Prepay Nation, Transfer To, More Magic, EZTop do the hard work to make this all possible.

So a simple idea – send minutes home to loved one’s phone – is a great idea that is taking off.